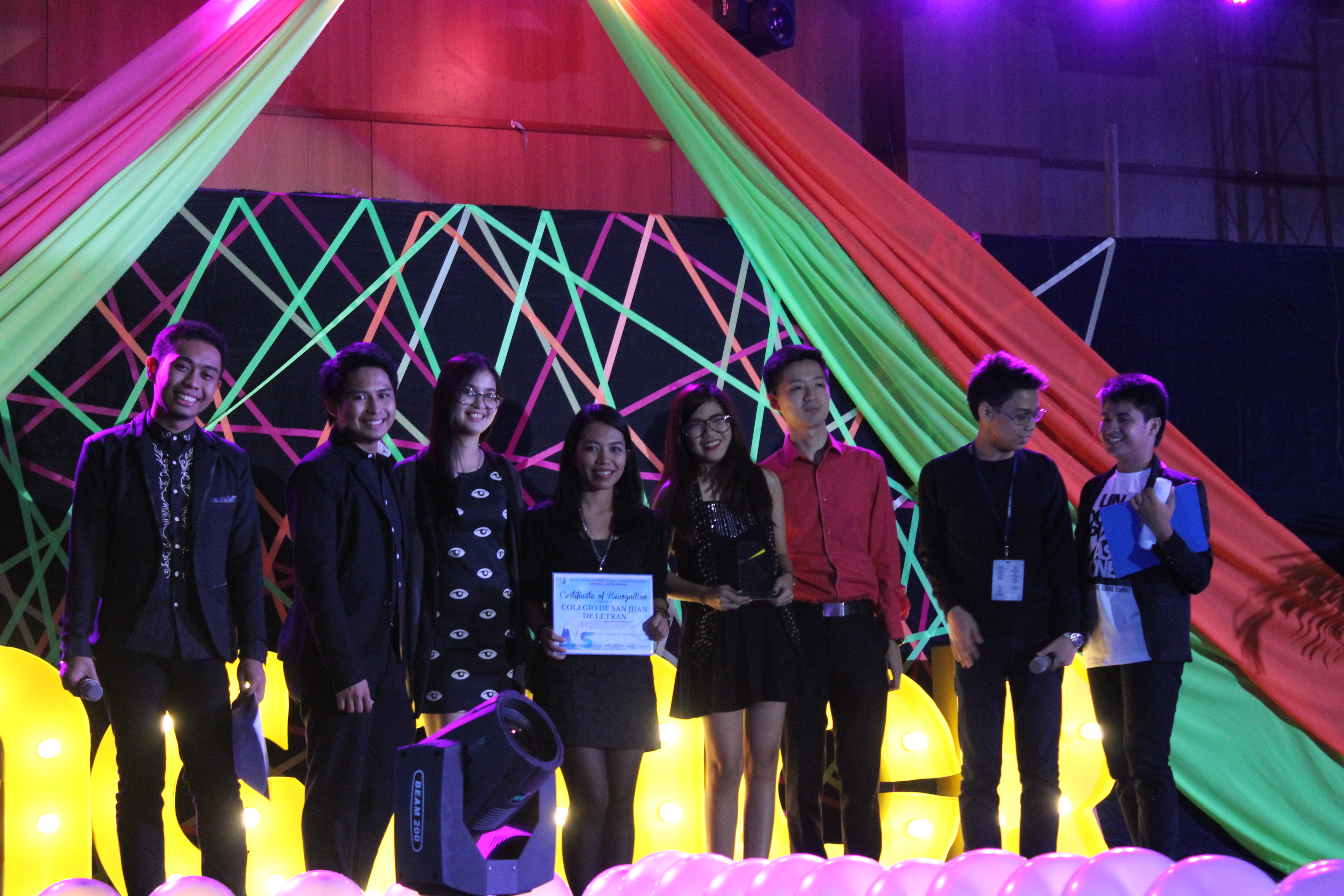 LJPIA sure knows how to end the year.

With the theme, “UNDONE: JPIAns as ONE”, the event, spearheaded by the NFJPIA-NCR, lasted from April 18 to April 21.

The Annual Grand Summit is an event that gathers the officers and members of different local chapters of the National Capital Region to celebrate the success of the federation year.

After a throng of activities, LJPIA was awarded on the last day as the Most Artistic Local Chapter, while Marc Brian Nabong was named Outstanding Local Chapter Representative.

Aside from those, Feliciano, Gamban, and Mendoza were awarded as the Champion of NCR Quiz Show, and Nabong was hailed as the champions of Amazing Race. (Jonmark Gamban)