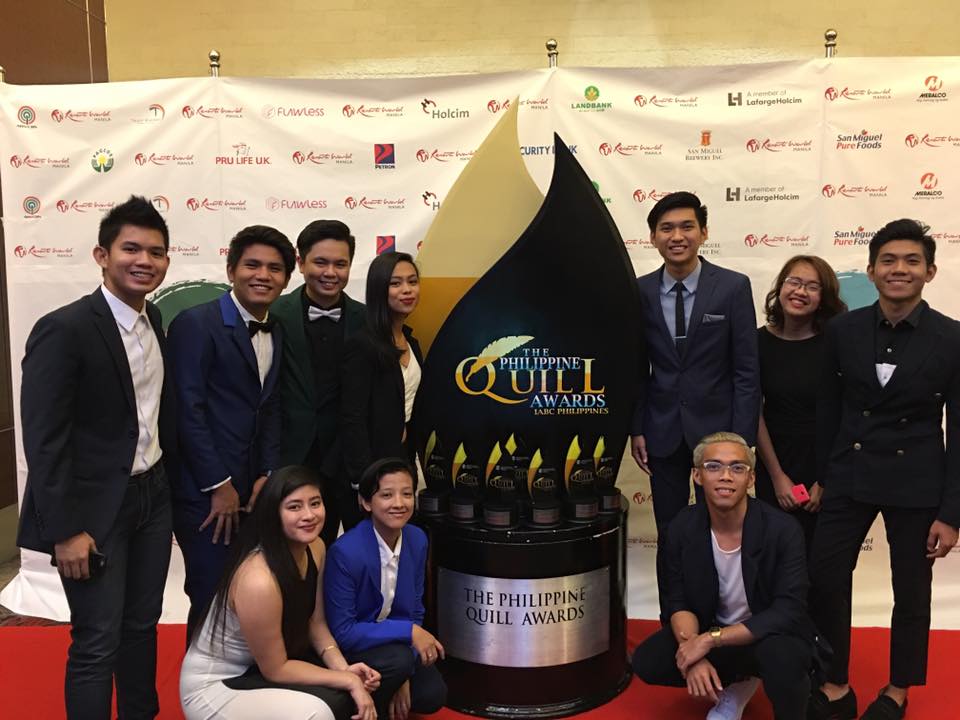 The Institute of Communication of the College of Liberal Arts and Sciences has once again honored the Colegio as it came out triumphant from the 2015 Philippine Quill Awards yesterday, May 17, bagging nine trophies.

Held at the Marriot Grand Ballroom, the 14th edition of the Philippine Quill was launched by the International Association of Business Communicators (IABC) to search for the best business communication programs.
Letran equaled last year’s haul with four Awards of Excellence, three Awards of Merit, and two special awards.

“Sukat”, a documentary produced by Jai Liwanag and Plan Z Productions, won an Award of Excellence under the Communications Skills category.

“Send A Child to School” by John Paul Madrid, an Advertising alumnus, snagged two Awards of Excellence and was even honored with the Holcim Special Award for Sustainability.

“Adspeak 2015: Value Power Up” also gained an Award of Excellence.

To cap it all off, Liwanag was presented with the Top Student Quill Award.