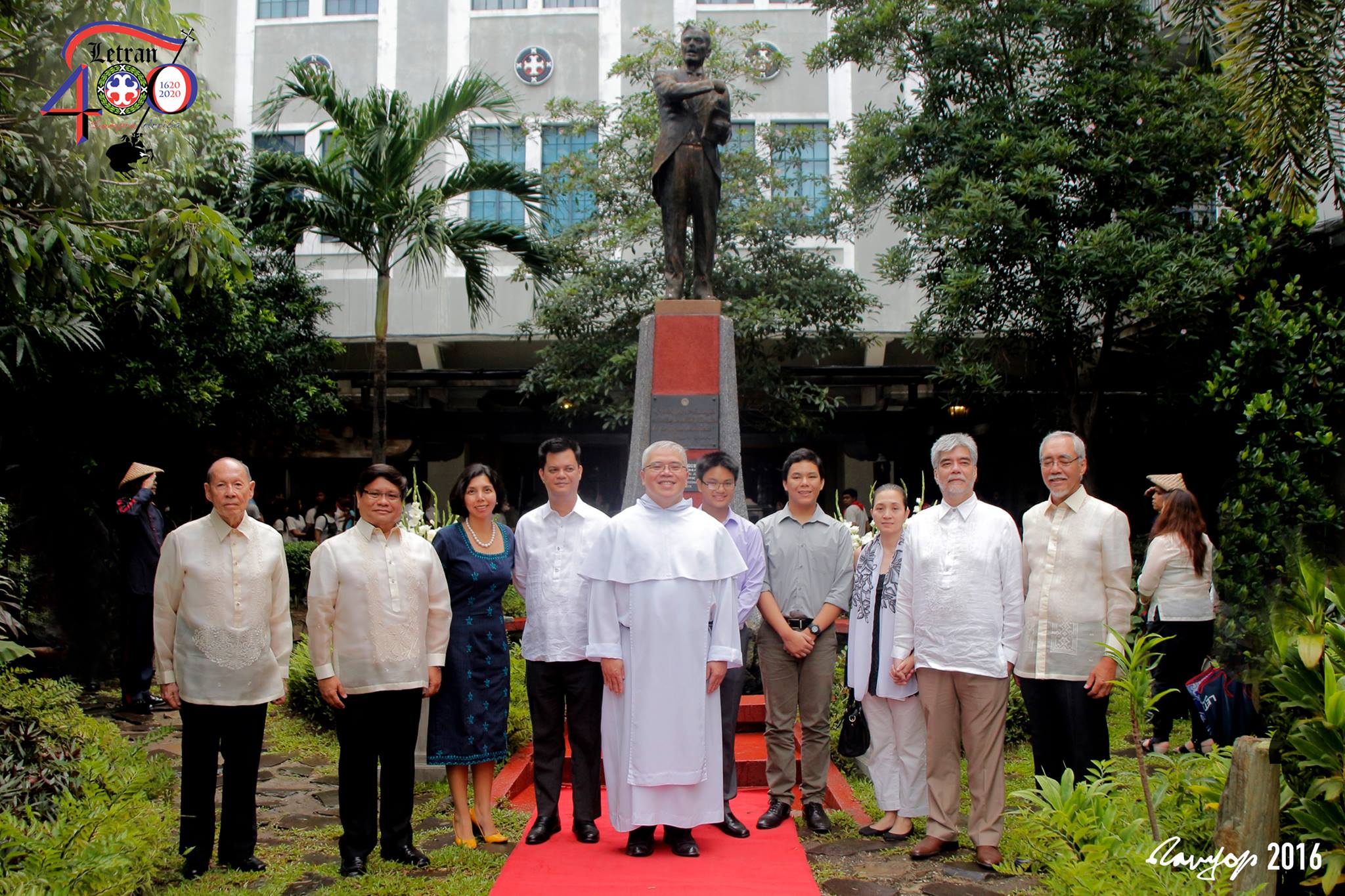 August 19 – The family of President Manuel L. Quezon continued its tradition of visiting the Colegio during its patriarch’s birthday, spending some time Letranites and the Dominican Fathers.

As was his habit when he was still living, Pres. Quezon celebrated his birthday by hearing mass at the Letran chapel followed by breaking fast with the priests. His family carried on this tradition even after his death in 1944.

This year, Manuel Quezon III led the distinguished family, who was joined by students, faculty, administrators, and alumni alike in remembering the person that Manuel L. Quezon was. It was the former president’s 138th birthday.

de Dios shared about loving God and the people, the environment. He said that it is important to love what you do, not only just because. Such example can be seen in the life of Letran’s esteemed alumnus, Quezon, who lived his life for Deus, Patria, Letran.

After the mass, a Spanish themed breakfast was served at the second floor of the Salon de Actos.

Exhibits were mounted, such as the “Buhay na Museo”, which was organized by the College of Liberal Arts and Sciences. The Letran Templar Chorus also performed for the Quezon family and the guests.