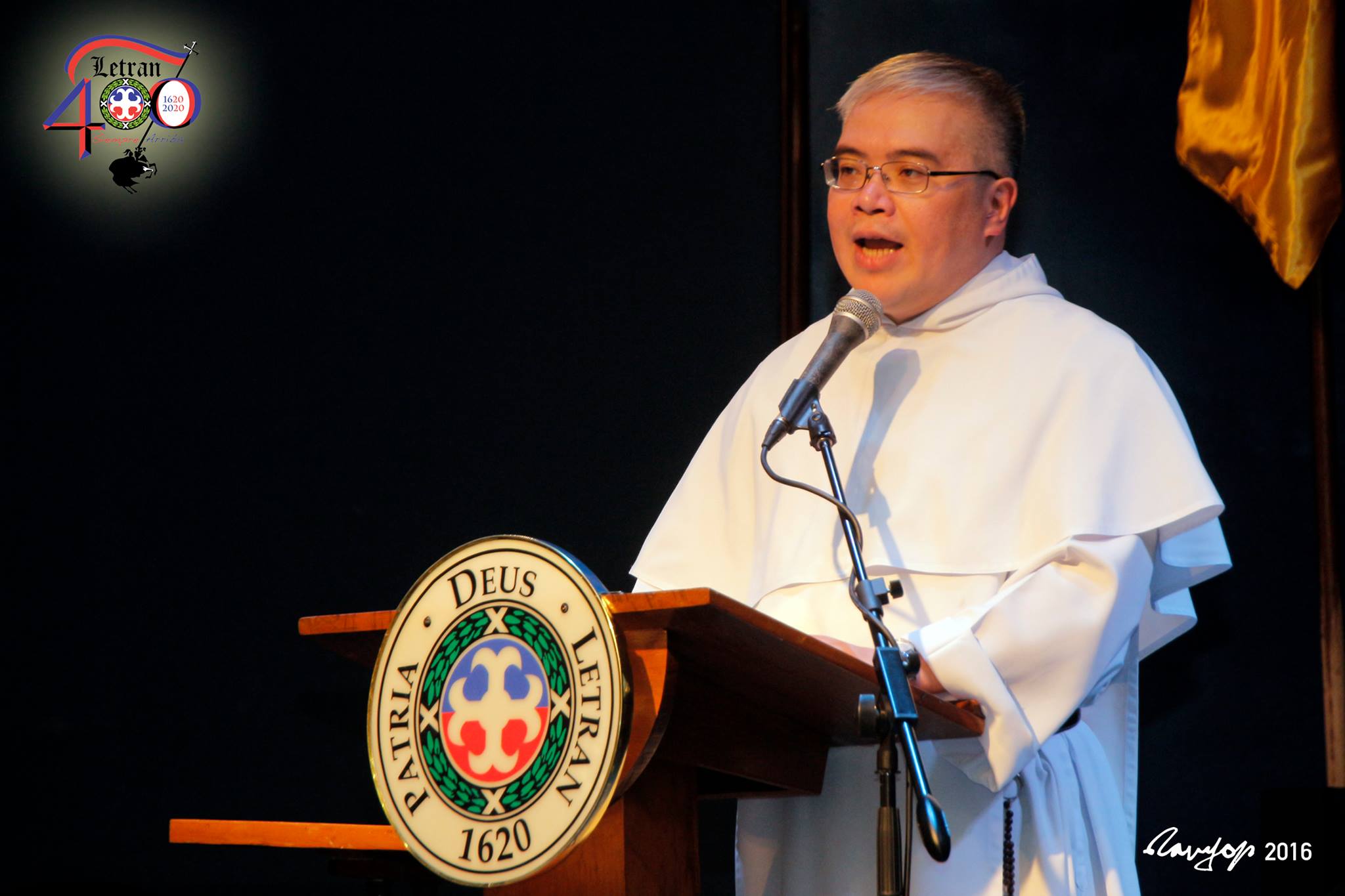 Much like the State of the Nation Address of any nation’s president, Rev. Fr. Clarence Marquez, OP, the rector and president, spoke to administrators, faculty, and students last August 19 about the accomplishments of the various departments of the Colegio during his first year as the head of the oldest college in the country.

There was a lot of positive aspects that Marquez pointed out in his report, points that definitely fuels the Colegio to continue striving for the best, for excellence.

IN THE LIGHT OF THE SEVEN

In enrollment, last school year, the Colegio had a high number of enrollees, totaling to 5, 127. Coming to Academic Year 2016 – 17, with the onset of the implementation of K-12, the number understandably dropped by about 9%. To further encourage students to enroll in the Colegio, the rector established the Enrollment Management Committee which is tasked to craft an Integrated Marketing and Communication Plan. A Career and Placement Office will also be created so that graduating batches will duly be guided.

In the aspect of academics, Marquez shared about Letran’s efforts to use an Outcomes-Based approach to education, in compliance to the Commission on Higher Education. In the newly opened Senior High School, four strands were offered: STEM (Science, Technology, Engineering, and Mathematics), ABM (Accountancy, Business, Management), ICT (Information and Communications Technology), and HE (Home Economics). It was also tasked to prepare a system that focuses on ‘Understanding by Design’.

The school’s passing rate in licensure exams is impressively set above the national passing rate, most notably, in Nutrition and Dietetics (100%) and Psychology (60%). Also, just recently, the Philippine Accrediting Association of Schools, Colleges and Universities granted Level III Status to 13 of Letran’s programs – six each in both the College of Liberal Arts and Sciences and the College of Business Administration and Accountancy, and one in the College of Education.

He then praised the fact that 100% of the faculty of the Basic Education are LET passers. On the other hand, Marquez encouraged full time faculty to finish their master’s degree and doctorate. He even called out administrators and other teaching personnel to do their best in educating the students.

The presence of the Total Quality Management program was greatly appreciated and basically covered the Learning Resources and Support Structures aspect. Marquez said that the enrollment system, performance management, and feedback are next in line: relationship with the clients is key and it will lead to quality service.

The rector then noted that the enthusiasm of the alumni is very visible; they truly support the goals and plans of Letran. Then rector himself, as he pointed out, is an alumnus of the Basic Education.

Lastly, tackling Institutional Sustainability and Enhancement, Marquez said that, based on an audited Financial Report, the Colegio has received a lot of funds, especially donations to the St. Vincent Ferrer Building and the Professorial Chairs of Cesar Zalamea and Antonio Tuviera. Also, based on the Automated Students’ Instructional Survey, the professors and teachers were rated Satisfactory.

Letran also received the Philippine Quality Award for Commitment to Quality Management, won the NCAA Season 91 basketball title after a decade, and has consistently been recognized by various award giving bodies in communication and business.

In closing, Marquez called on the Letran community to stand united with him and the leaders of the Colegio.