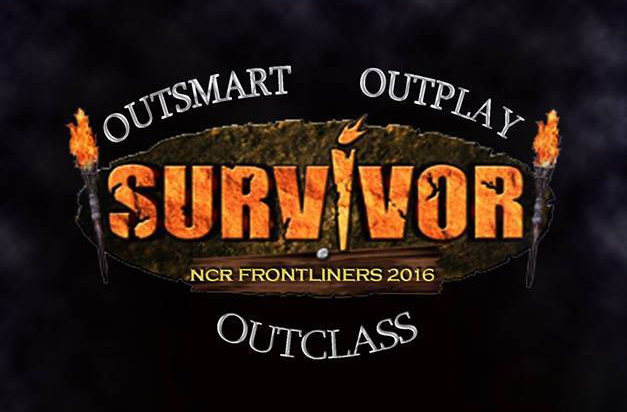 With a combination of intelligence and Arriba Spirit, Jacqueline Abardo ‘survived’ the challenges to emerge as one of the Top 20 finalists of ‘Survivor: NCR Frontliners 2016’.

Held last August 20 at the Little Theatre of Miriam College, NCR Frontliners was organized by the National Federation of Junior Philippine Institute of Accountants – National Capital Region and Sycip Gorres Velayo and Co.

“It’s a great honor [to represent Letran again],” said Abardo. “It is enjoyable to show that the Accountancy program and its students can keep up [with other schools].”

She further shared that the Assistant Dean of the College of Business Administration and Accountancy, Asst. Prof. Kenji Asano, and Accountancy program chair Ian Dancel are pushing the fifth year Accountancy majors to expose themselves to competitions outside the school.

Apart from her recent achievement, Abardo has already gained recognition for her hardwork and talent, having been named as one of the Top Ten Outstanding Collegiate Students of Manila last year.

Other Letranites who likewise showed talent and grit in the NCR Frontliners 2016 were Gary Maling II, Jarrod Mercado, Yvonne Molina, and Christiane Sotol.