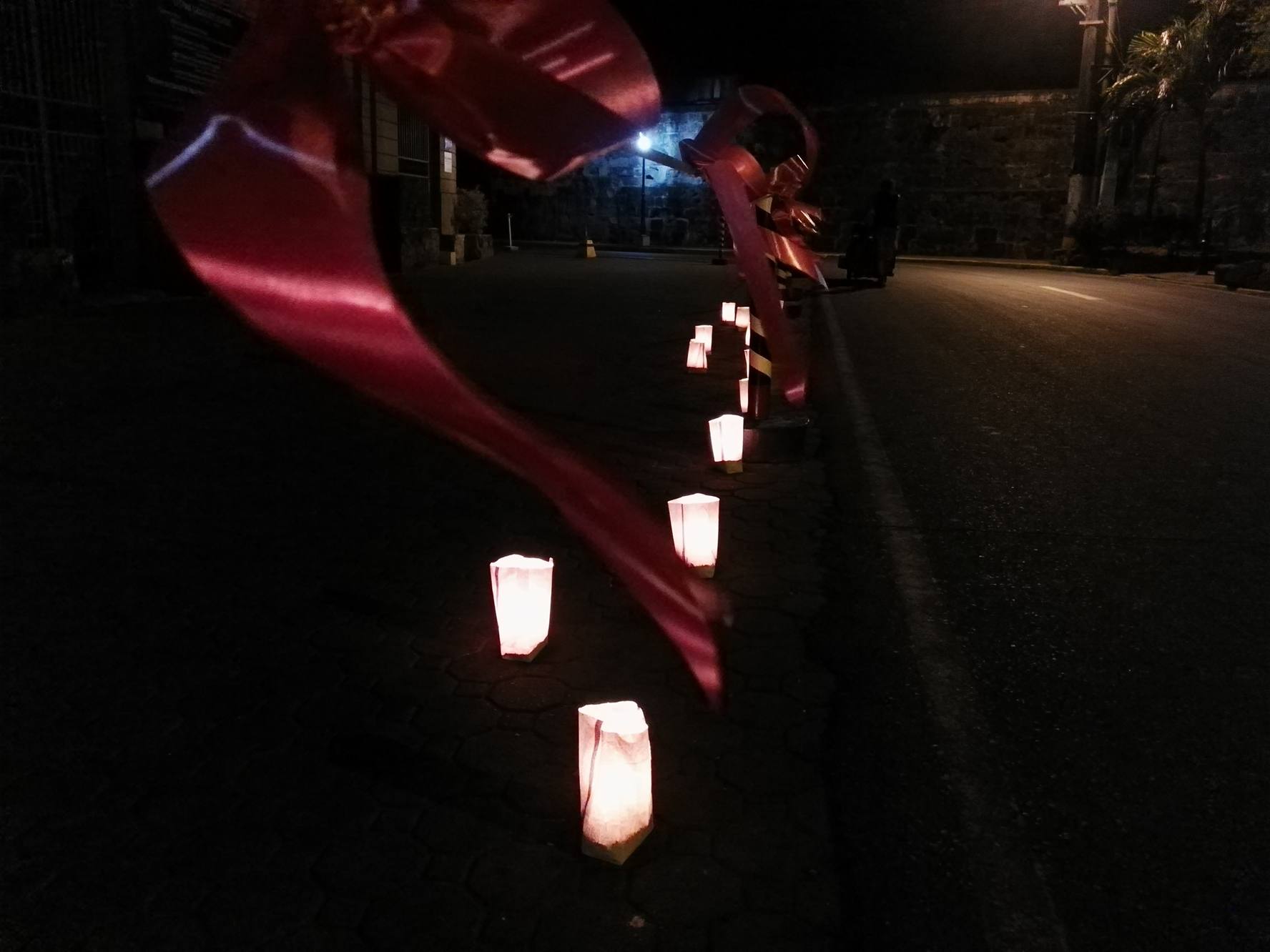 In unity with the the nation’s aim to raise awareness on HIV, the Colegio participated in the celebration of the world’s first AIDS Hour last May 14 along Muralla Street.

Candles and red ribbons were placed in front of the school and prayers were offered.

Through the efforts of the Department of Health, with the local government of Quezon City, a candlelight memorial was held at the Quezon Memorial Circle.

In a release, Health Secretary Janette Garin said, “The launch of the first ever AIDS Hour in the world is a concrete example of the Philippines doing our part in the global effort against HIV and AIDS.”

AIDS Hour was set from 6PM to 7PM and was also in observance of the 33rd International AIDS Candlelight Memorial, an event remembering those who succumbed to human immunodeficiency virus (HIV) and acquired immune deficiency syndrome (AIDS).

Colegio de San Juan de Letran, ever since, has been active in showing its love and support to the nation. One of the core values of the Colegio, love for country, or Patria, is one concept that the school wants its students to learn and develop.

* with information from CNN Philippines