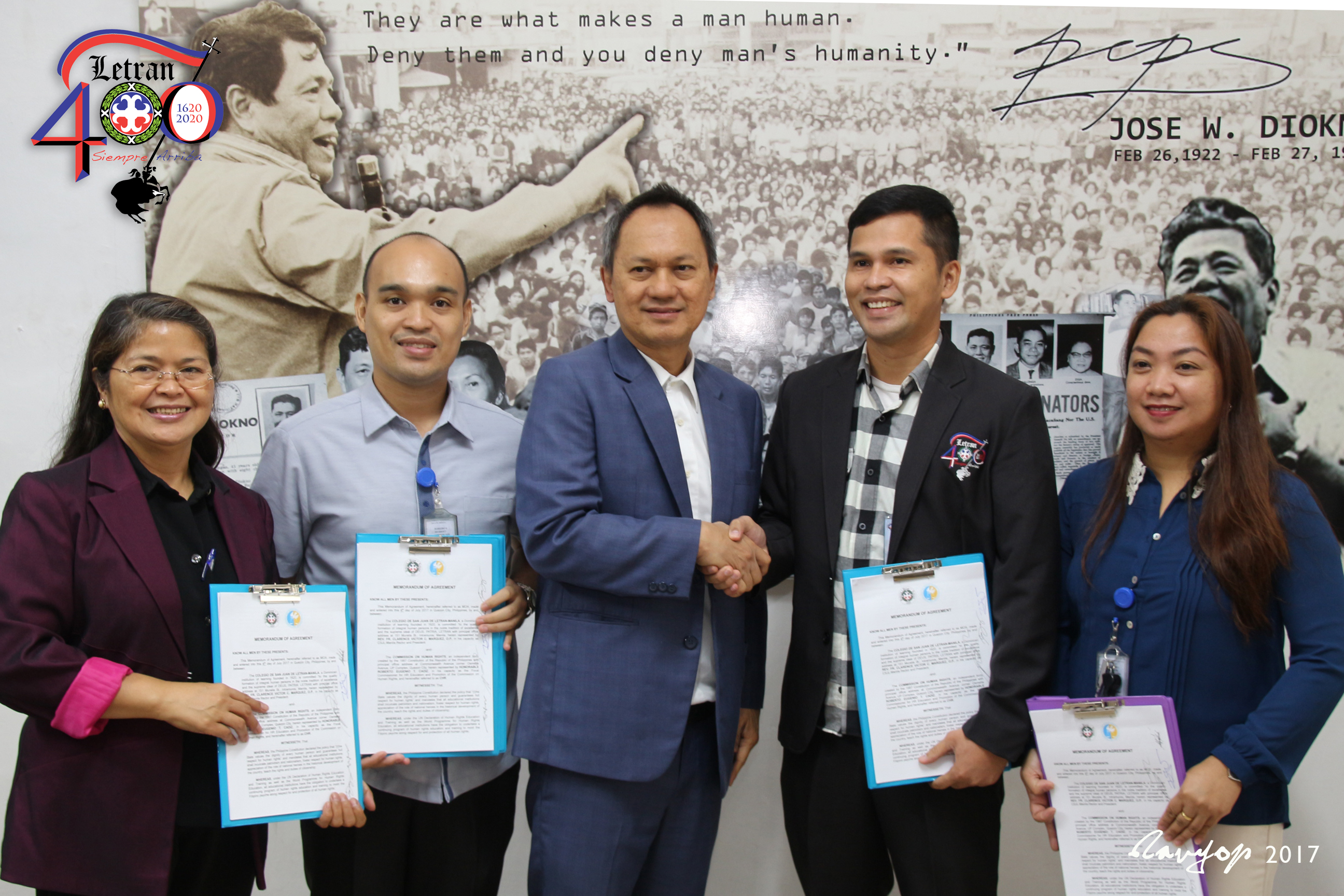 With the aim of promoting human rights education, the Colegio, through the Center for Community Development (CCD), signed a Memorandum of Agreement with the Commission on Human Rights (CHR) last July 4 at the Bulwagang Ka Pepe in Quezon City.

CCD director Leo Bernadas and Commissioner Eugenio Cadiz, the focal commissioner for HR Promotion, formally closed the three-year agreement, which, according to Bernadas, will encompass research on human rights, curriculum integration, and launching initiatives to the Colegio's partner communities.

'We do not plan it to be one project per year,' said Bernadas, who began his term as CCD director last June. He explained that human rights education is part of the Constitution and that Letran has already had a partnership with CHR years back.

According to Article 14, Section 3 of the 1987 Constitution, “All educational institutions shall include the study of the Constitution as part of the curricula” and inculcate – among other things - “respect for human rights”. Past presidents had also issued orders regarding human rights education. The United Nations also has a Declaration on Human Rights Education and Training.

Possible activities, based on the new agreement, include in-campus lectures, workshops, development of teaching materials, among other things.

'I promise you that our partnership will be dynamic and exciting,' said Cadiz. 'I am sure that with our partnership, the culture of human rights will be better promoted.'

Students from the Political and Legal Studies were present in the event, accompanied by their Area Chairperson, Asst. Prof. Sherman Gabito.

Asst. Prof. Catherine Sanchez of the Office of Student Welfare and Development was a witness to the signing, along with CHR's Dir. Ana Elzy Ofreneo of the IV HR Education and Promotion Office.