ON A MISSION: Graduating Education majors to teach in Indonesia 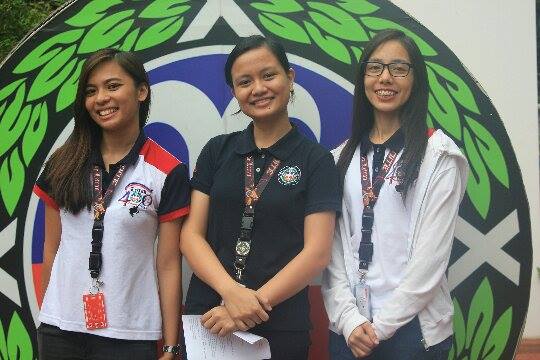 Three graduating students from the College of Education (COE) will be travelling to Indonesia to teach at Gracia Fei Siang Elementary School, an internship that will last a full year.

Madonna Abad, Janina Cabigao, and Kimberly Catapang, all about to finish their Bachelor’s Degree in Secondary Education, major in English, were chosen by Rev. Fr. Orlando Aceron, OP, the dean of COE, and Asst. Prof. Angelita delos Reyes, the program chairperson, to represent Letran in fulfilling COE’s first ever international linkage in its 10-year history.

The partnership between Gracia Fei Siang and Letran became official just this month but according to Delos Reyes, it has been in the works for a long time already, with the owner of Gracia Fei Siang, Surjati Gunawan, initiating it.

“The owner was close to the Dominican fathers,” said delos Reyes. She further explained that Gunawan expressed her desire for her students to be taught English and Religion by Filipino students. She got in touch with Fr. Arthur Dingel, OP, now the rector of Letran – Calamba, who also spent time in Surabaya. From that, Gunawan was referred to Letran – Manila and the College of Education. The rest is history.

Abad, Cabigao, and Catapang will continue with their academic requirements through long-distance learning, an option that is available to the College of Education since it is PAASCU Level III accredited. They will start their internship on July 17.
There, they will be teaching pre-elementary and elementary students.

Cultural differences and language barriers are some of the hurdles that they expect, said Abad and Cabigao. "I just have to do my best and hope for the best," said Cabigao.

“We will prove that they [COE] didn’t make a mistake sending us,” said Catapang.