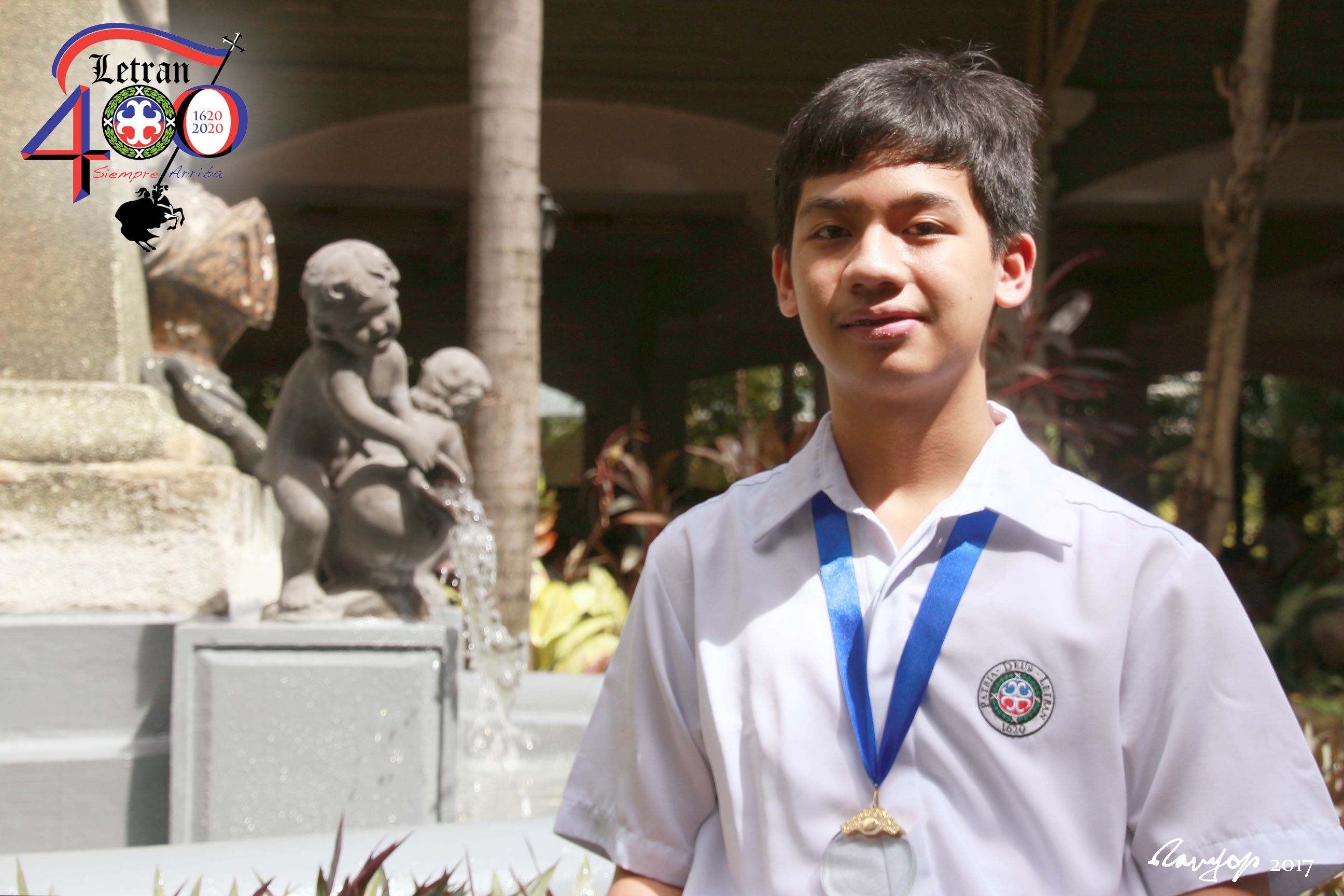 Andres Rico Gonzales III has done so over and over again, winning mathematics competitions here and abroad, year after year. Now, he has done it again, making history by winning a gold medal as he represented the Philippines at the 2017 China Southeast Mathematical Olympiad (CSMO) held last July 28 to August 2.

The 15-year old was the only one of the seven students sent to the competition to win the gold; in doing so, he became one of only four Filipinos since the country joined in 2005.

“I am very happy [every time I win],” said Gonzales. He bared that next week, he will be joining another competition, this time, in Cambodia. The Grade 10 plans to pursue a career in Civil Engineering in the future.

CSMO is regarded as one of the most difficult international math contests and this year, joining the Philippines are top schools from China, Hongkong, Macau, and Thailand.