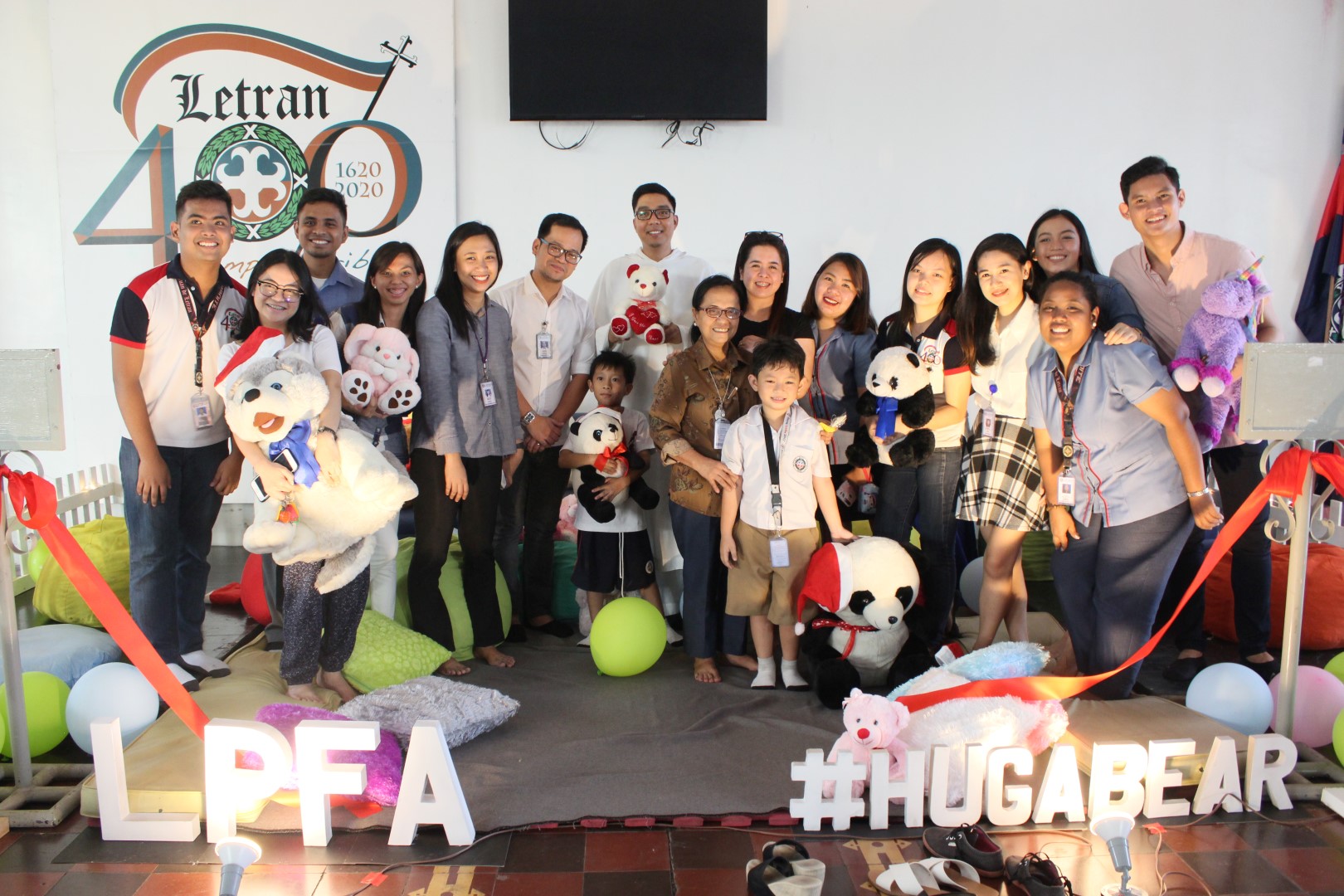 In an attempt to battle stress and depression by raising awareness on mental health, Letran Peer Facilitators Association (LPFA), in coordination with the Office of Student Welfare and Development and the Guidance Office, conducted an advocacy campaign titled “Hug-A-Bear” at the Salon de Actos this December 12 – 14.

According to LPFA president Carin Jane Villegas, the said activity is a gift to the Letran community this holiday season. "It was conceptualized because base on studies the act of "hugging" has positive effects on us humans," said Villegas, explaining that hugging alleviates stress, elevates mood, and relieves pain.

In her opening speech, Villegas pointed out that the concern about mental illness and depression has become so alarming to the extent that people use it as a joke and take lightly on the issue.

"What's even more alarming is that people with this kind of disorder refuse to seek help because of the stigma," said Villegas, stating that a lack of understanding of these disorders can leave sufferers feeling isolated and hopeless.

Asked on how would they engage Letranites to be part of the said activity knowing that the people, especially the youth, refuse to open up about the issue, Villegas, with a determined mind, said that they did their best to make the booth appear as welcoming as possible to the point that it looks like a "tambayan".

"Doing that all the Letranites who would happen to pass around the Salon de Actos will be curious and will ask the facilitators of what the activity is all about. Then, it is the job of the facilitating LPFA officers to do the explanation," she said, sharing that aside from the booth, a freedom wall is also presented so participants can speak their mind. "Students must [only] surrender their ID's before entering, they will be given a control number in exchange."

LPFA believes that what mental health need is more light through unashamed conversations as it affects not only as individuals, but their families as well.

Villegas emphasized that whatever fear and illness it might be, it does not define one's individuality. "You have your own story to tell. You are unique just like everyone else. Accepting who you truly are is part of the battle," the BS Psychology student-leader said. "Your courage, dedication, willingness and eagerness to become better are all a vital part of the process. This is our gift to the Colegio, a gift of Hug, a gift of love."

The Hug-A-Bear Project was made possible through the efforts of LPFA's adviser Asst. Prof. Liberty Rosauro. The said activity will run until December 14 from 8 a.m. to 5 p.m.