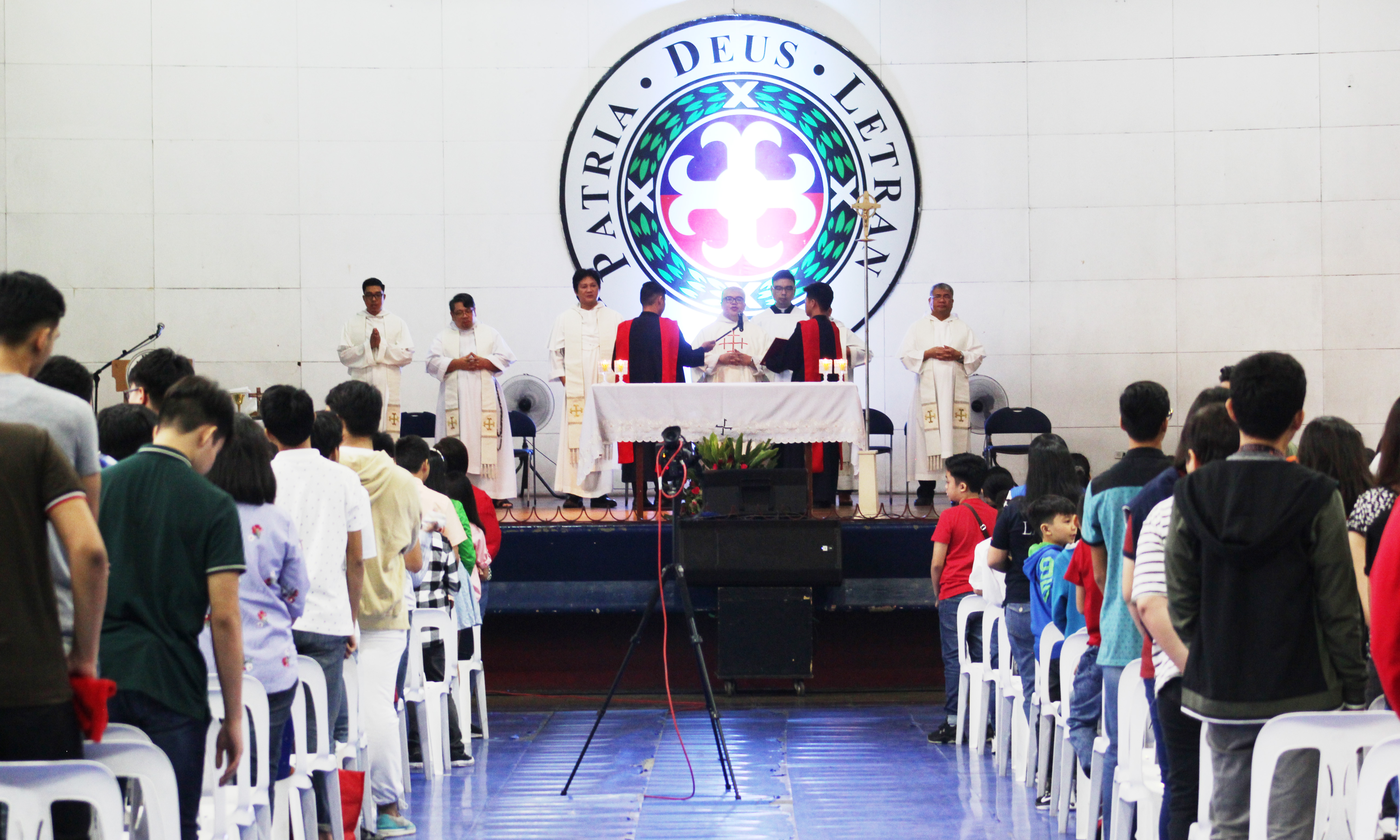 SELFLESS CHRISTMAS. Fr. Clarence Marquez encouraged the Letran community in his homily to 'not have a selfish Christmas'. PHOTO | Gelay Davocol

That was the message of Rev. Fr. Clarence Marquez, OP as the Learn community began the traditional Paskong Arriba festivities with an institutional mass earlier today.

As the Colegio goes into a long Christmas break, Letranites were urged by the rector and president to follow the footsteps of the school’s patron saint, who, in the Scriptures, had paved the way for the coming of Christ by telling the world to ‘prepare the way of the Lord’.

“Wag maging makasarili. Let us not have a selfish Christmas but a selfless one,” he added.

This year’s Paskong Arriba, entitled, ‘Feliz Navidad: Tantos Hombres Y Mujeres Ilustres Former’, will be a whole day affair, with the 8th Chefs on Parade competition following the mass, a Parol Making contest in the afternoon, among other activities.

It will culminate with ‘Luces Brillantes’, a concert featuring some of the country’s popular artists such as Hale, Autotelic, Ransom Collective, Ben & Ben, and Al James.