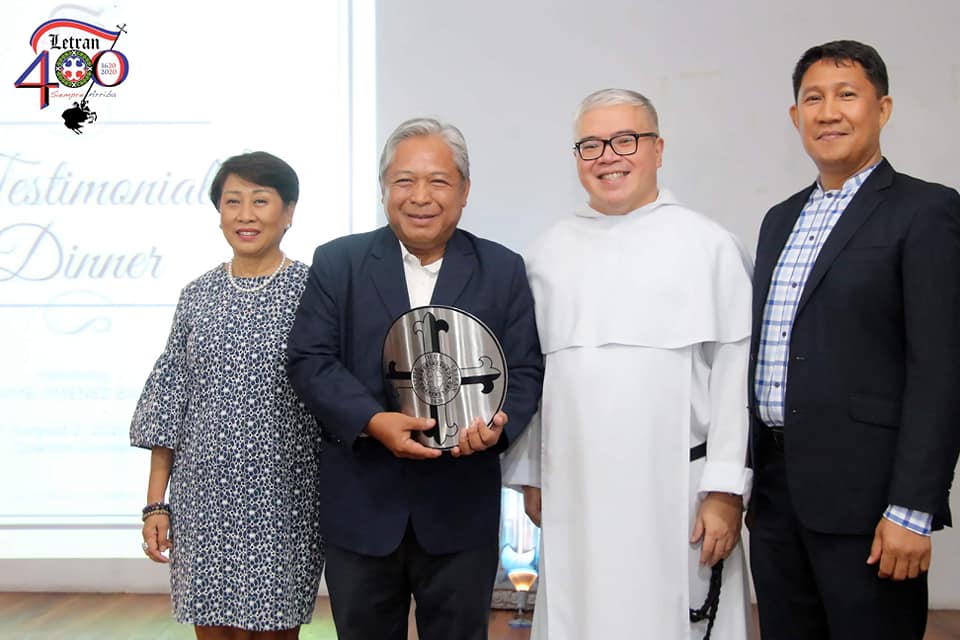 In the presence of Letran’s administrators, the Dominican priests, and invited guests and batchmates, Bautista was given recognition for being a shining example of the ideals of Letran, displaying excellence in the industry he thrived in.

Bautista graduated from the Colegio in 1977 with a Bachelor’s degree in Commerce.

Just recently, under the watch of Bautista, PAL was awarded the world’s most improved airlines in the Skytrax Airline Awards.