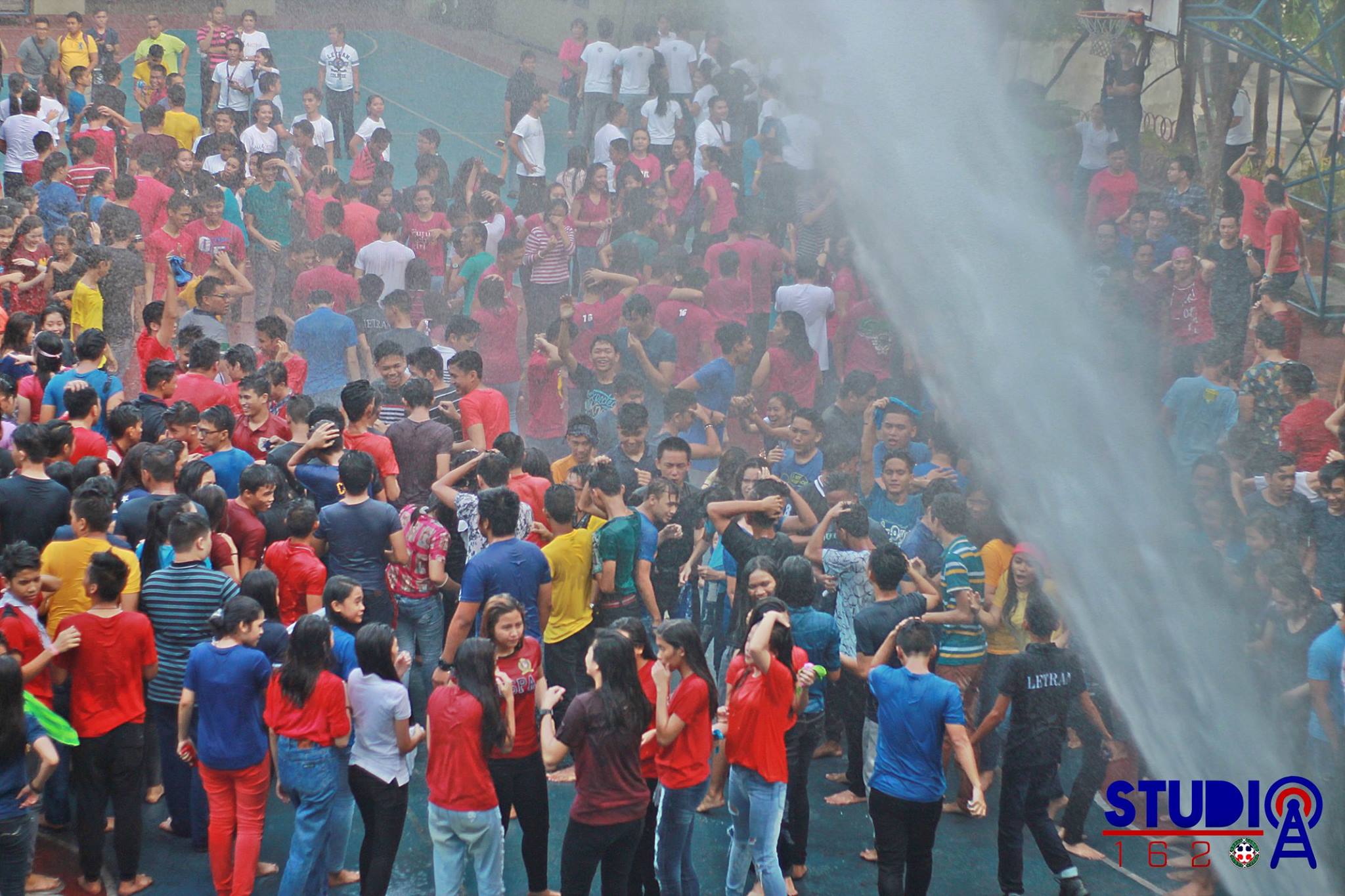 The Colegio’s pioneer batch of Senior High School (SHS) students was baptized into a new and exciting life during the traditional Binyag Arriba last June 3.

With the lack of college freshmen due to the implementation of the K to 12 Program, this year’s Binyag featured an equally excited and vibrant set of new students – a positive prelude to a great year for the Letran Senior High.

The SHS students underwent the rituals of becoming a Knight – pledging to Deus, Patria, and Letran. They were also taught the various cheers and yells that they will use in the upcoming National Collegiate Athletic Association season. To end the Binyag, the students were ‘baptized’ by the firemen from the local station, officially making them Letranistas.

Asst. Prof. Jayson Penaflor, the principal of Letran SHS, had been visibly enthusiastic and motivated as the activities for Academic Year 2016 – 17 commenced. Aside from the Binyag, the Senior High also had a Parent – Teacher Conference last June 2.

“We are all excited for the opening,” he said. “We will bring out the best in our Senior High School students by providing a positive and quality learning experience with, of course, highly competent teachers.”

The opening of classes on June 6 did not disappoint.

A number of faculty and students were present as early as 6AM during the first day of classes which was covered by ABS-CBN’s ‘Umagang Kay Ganda’. The Letran Band and the Letran Filipiniana Dance Company performed, while a couple of students, along with Penaflor, were interviewed by Tina Marasigan. Later that day, TV 5 also came to share the news of Letran’s Senior High.

Father Clarence, in his homily during the mass for Senior High at 8AM, had nothing but encouragement for the students, saying that they need to put their faith to work.

This year’s Binyag Arriba was organized by Senior High School with the help of the Office of Student Welfare and Development and the Letran Student Council.