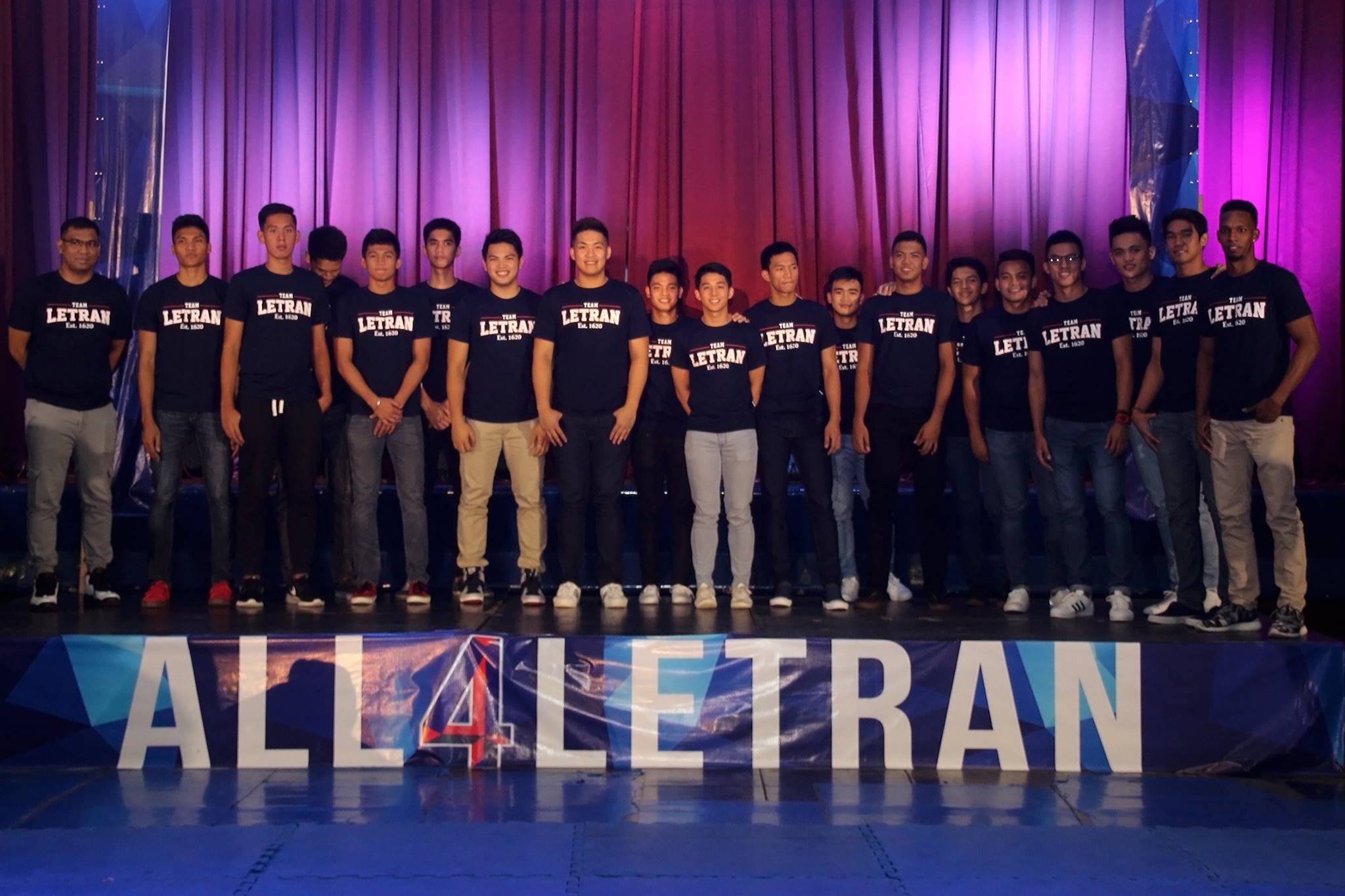 June 24 - The Letran community gathered for a solid show of support to the Colegio’s athletes during the 2016 Pep Rally held yesterday at the Blessed Antonio Varona, OP Gymnasium.

As a morale booster for the upcoming 92nd Season of the National Collegiate Athletic Association, this year’s Pep Rally, organized by the Letran Student Council, the Office of Student Welfare and Development, the Office of Alumni and Public Affairs, and the Athletics Office, went all out, leaving the students and the athletes themselves still elated even after the show ended.

All the athletes who will be playing their hearts out in NCAA Season 92 were introduced and were given the motivation that they will need for the challenges ahead.

Rev. Fr. Clarence Marquez, OP, the rector and president of the Colegio, was present to motivate the school’s student-athletes.

One of the highlights was when former Knights Mark Cruz and Kevin Racal - both playing in the PBA already – dropped by to give inspiration to the Colegio, especially with the Senior’s basketball team out to defend its crown.

Well-known artists joined the fray and made sure that everyone is fired up and having fun. Major sponsor Pony brought in Save Me Hollywood, Graceson, Kio Priest, and Bea Valera while The Juans also did their part to make the night memorable.

Other brands that supported the 2016 Pep Rally were Hawk Backpacks, Tostillas, and Presto.

NCAA Season 92 kicks off this Saturday, June 25, at the Mall of Asia Arena. The Letran Knights will face the San Beda Red Lions at 2PM.

MASS OF THE HOLY SPIRIT

Earlier that day, Letran formally began Academic Year 2016 – 17 with the celebration of the Mass of the Holy Spirit, presided over by Rev. Fr. Clarence Marquez, OP. In his homily, he shared about how breath – the Holy Spirit – is important in living our daily lives: overcoming challenges and thriving in goodness.

After the mass, the administrators of the Colegio were introduced to the students followed by the Arriba Address by the new College of Liberal Arts and Sciences dean, Asst. Prof. Darwin Rungduin.