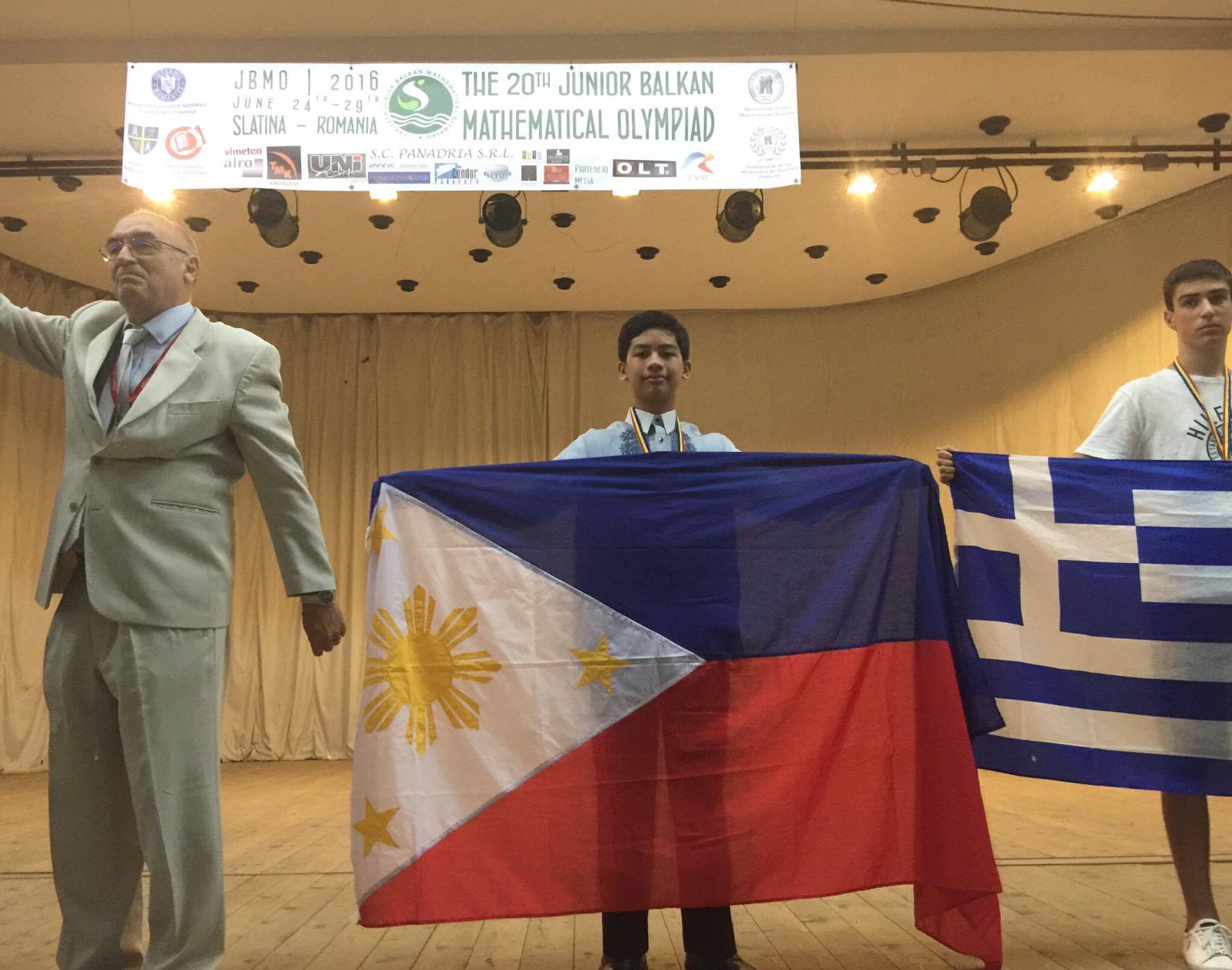 The competition was held in Slatina, Romania, from June 24 to 29.

Leading the Philippine delegation, Andres was the highest scorer among the 10 guest countries and ranked 4th among the 122 participants.

"His achievements are really the fruit of his passion," said Romeo Madrona, Gonzales' Math adviser. He added that the support of his family, friends, teachers, and the whole Letran community contributed as well to the triumphs that Gonzales consistently achieves.

Though a frequent participant in various competitions locally and internationally, Gonzales had to undergo a training process handled by the Mathematics Trainers Guild - Philippines before he was chosen to be one of the representatives of the country in Romania.

"I always tell him, 'You'll reach your dreams if you believe in yourself and work hard for it,'" said Madrona. "This is all for Him (God)."

Aside from Gonzales' victory, the Philippines also won one silver medal and three bronze medals.

Last May, Gonzales was awarded for topping the Cayley Contest of the 2015 Canadian Math Contests.