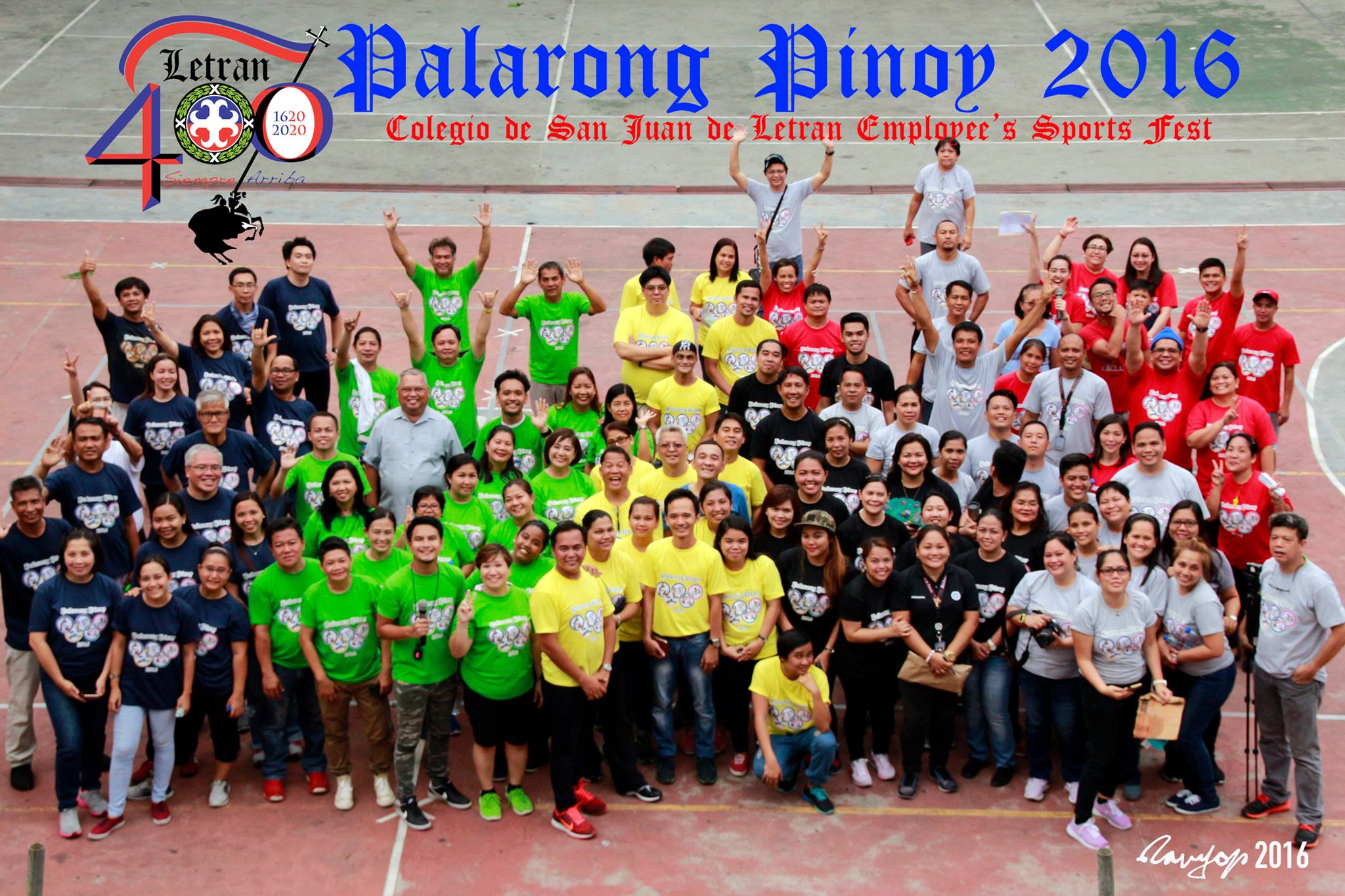 They can and they certainly did when they participated in the 2016 Palarong Pinoy held at the Letran grounds last June 10.

In lieu of the normal Sportsfest organized during the summer, the Palarong Pinoy provided the Colegio’s employees time away from all the preparations for AY 2016 – 17.

The one-day affair began as early as 8AM with the welcoming remarks given by Rev. Fr. Boyd Sulpico, OP, the Executive Vice President.
Employees – both non-teaching and academic – were divided into six teams: Green, Black, Red, Blue, Yellow, and Gray.

After the Oath of Sportsmanship, led by Engr. Amorsolo Canlas of the Engineering, Buildings, and Grounds Office, the employees delved into events such as the Larong Pinoy Relay Game, Bunong Braso, Piko, and Patintero. After a Boodle-Fight type lunch, the activities resumed with Pinoy Football and Agawang Baboy.

The scores tallied and all, the Gray Team emerged as the winners.
Rev. Fr. Clarence Marquez, OP, the rector and president, concluded the event with his closing remarks.