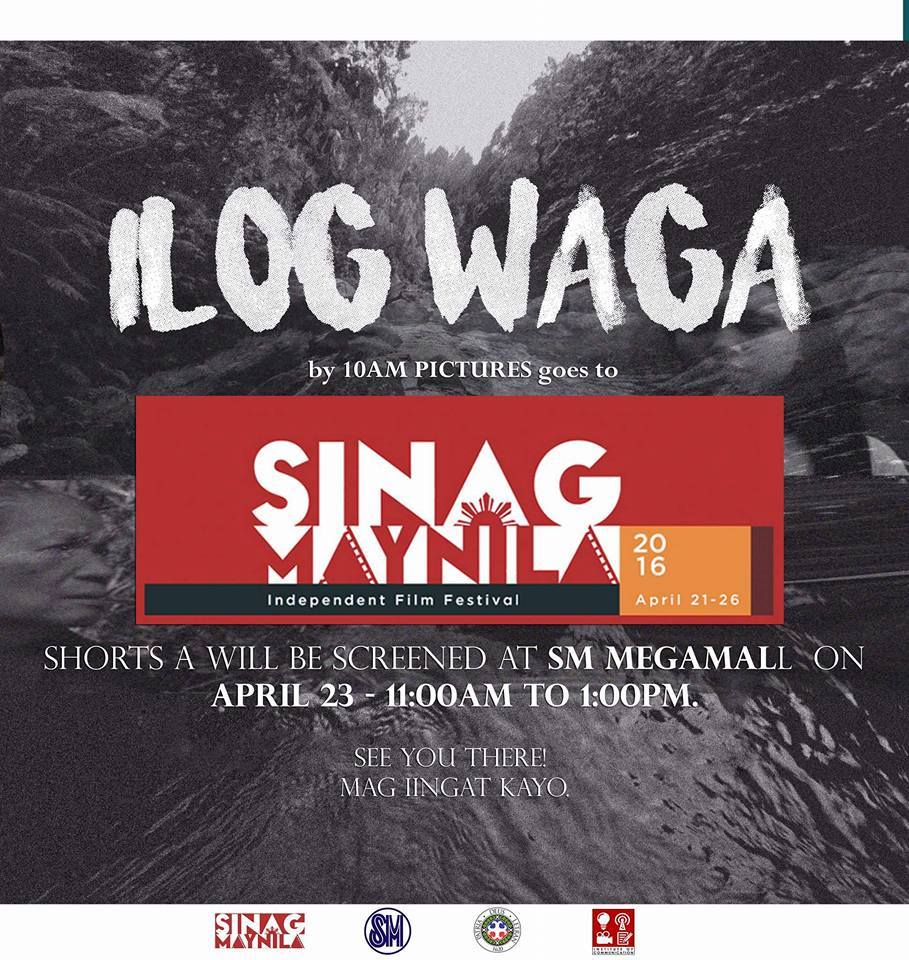 IlogWaga, a short film produced by Communication alumni, made it as a finalist in the 2016 SinagMaynila Independent Film Festival.

One of the twelve finalists in the newly-formed Short Film category, IlogWaga was shown, along with other Sinag entries, at Cinema 6 of SM Megamall last April 23.

“It made us very proud,” said Jai Liwanag, the director of IlogWaga and the production behind it, 10AM Pictures, “It’s the first year of Sinag’s Short Film category and the film was already honored to be a part of it.”

Revolving around the mystical discovery of an old woman and her granddaughter living on a mountain, IlogWaga was hailed as the Cinemaknights Best Film in this year’s Excellance, the Institute of Communication’s annual awards night. It also was given the Best in Editing award.

“We are very lucky because when we were making the film, the thought of competitions and such weren’t even considered,” shared Liwanag. “We just wanted to finish it, make it as beautiful as we could.”

Grabbing the Sinag opportunity once it presented itself proved to be a good decision for Liwanag and the rest of the team, with the recognition providing a wonderful cap-off for their college journey.

“To have your film shown on the big screen with other filmmakers watching, it is very fulfilling. [You really should have] dedication and faith in your work,” said Liwanag.