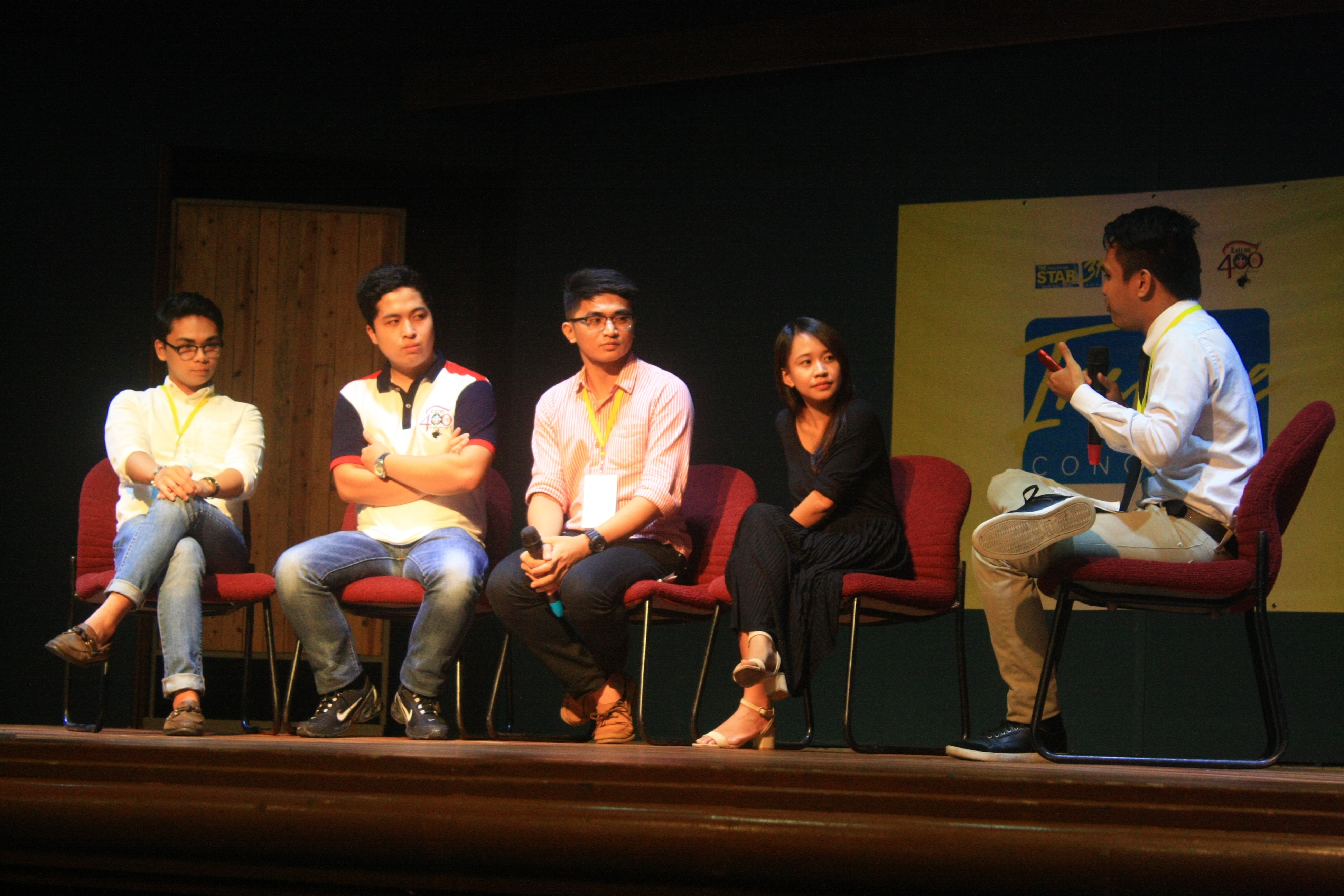 The event was set to kick-start the series of talks – possibly happening all-year round – to be held in different campuses on the following months to celebrate the publication’s 31st year anniversary this year with the theme, “Inspire”.

Millennials inspiring Millennials
Philippine Star Campus lined up a roster of Millennial speakers from different fields and sectors to share their own inspiring stories and encourage the youth present.

Senior Legal Management major Aquino said that it was a great experience for him to be given such opportunity to motivate people his age, “I just hope that I was able to ignite the audience’s passion to create an impact in their communities.”

The Global Young Leader Excellence awardee added, “We definitely need more young leaders who have the heart to serve and courage to make a change.”

Other speakers in the event were former Sales Account Executive for Philippine Star and Summit Media and La Carnita Modern Mexican Cantina owner Aiza Mesina, who gave tips for the aspiring business moguls; Special Education teacher Royce Salva, who enlightened the audience about his vocation; UP Diliman Student Council President Tiffany Uy, who imparted her optimism and mindset; National Youth Commission Perci Cendana, who shared the youth’s participation in the society; and former Sales officer for multinational companies Alaska Milk Corporation and Colgate-Palmolive Philippines and Teach for the Philippines Recruitment ManagerMicaela Bautista, who presented her own version of rubrics of success.

Regalado stated that they were very pleased with the turnout of the event despite of it being rescheduled due to inclement weather from its initial date of July 28.

The congress was attended by a good mix of students from different levelsand schools, young professionals, and youth leaders.

The next installment of the “Inspire Congress” will be staged at Ateneo de Manila University in Quezon City, with the date yet to be finalized.